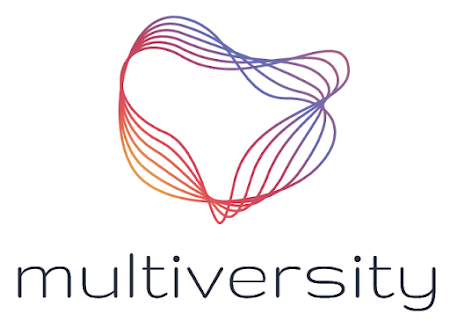 Bertrand Russell - The Conquest of Happiness (1930)

“It is amazing how much both happiness and efficiency can be increased by the cultivation of an orderly mind, which thinks about a matter adequately at the right time rather than inadequately at all times.”

If you want to read a truly fascinating life story, we highly recommend the "Autobiography" by Bertrand Russell (1872 - 1970). It is a thick turf of 700 pages that gives you an insight into the struggles he went through to learn to live a balanced life. The little poem he dedicates to his 4th wife Edith attests to this.

Through the long years

I found ecstasy, I found anguish,

I found the solitary pain

that gnaws the heart,

But peace I did not find.

I have known you,

I have found both ecstasy & peace,

After so many lonely years.

I know what life & love may be.

I shall sleep fulfilled.

One of our "all time favorite" self-help books avant la lettre is his book "The Conquest of Happiness" published in 1930. It is full of life wisdom and, except for the first few chapters, is still burningly relevant. Note also that the title does not, like most happiness books, begin with the promise "A path to...", but rather with an honest "The Conquest of...". His autobiography, by the way, attests that he is an expert by experience.

Much of our thinking is counterproductive. Especially at night.

To a great extent fatigue is due to worry, and worry could be prevented by a better philosophy of life and a little more mental discipline. Most men and women are very deficient in control over their thoughts. I mean by this that they cannot cease to think about worrying topics at times when no action can be taken in regard to them. Men take their business worries to bed with them, and in the hours of the night, when they should be gaining fresh strength to cope with tomorrow's troubles, they are going over and over again in their minds problems about which at the moment they can do nothing, thinking about them, not in a way to produce a sound line of conduct on the morrow, but in that half-insane way that characterises the troubled meditations of insomnia. Something of the midnight madness still clings about them in the morning, clouding their judgement, spoiling their temper, and making every obstacle infuriating.

Russell gives us some helpful tips.

The wise man thinks about his troubles only when there is some purpose in doing so; at other times he thinks about other things, or if it is night, about nothing at all. I do not mean to suggest that at a great crisis, for example, when ruin is imminent, or when a man has reason to suspect that his wife is deceiving him, it is possible, except to a few exceptionally disciplined minds, to shut out the trouble at moments when nothing can be done about it. But it is quite possible to shut out the ordinary troubles of ordinary days, except while they have to be dealt with. It is amazing how much both happiness and efficiency can be increased by the cultivation of an orderly mind, which thinks about a matter adequately at the right time rather than inadequately at all times. When a difficult or worrying decision has to be reached, as soon as all the data are available, give the matter your best thought and make your decision; having made the decision, do not revise it unless some new fact comes to your knowledge. Nothing is so exhausting as indecision, and nothing is so futile.

A little warning also for the workaholics among us.

The trouble with emotional fatigue is that it interferes with rest. The more tired a man becomes, the more impossible he finds it to stop. One of the symptoms of approaching nervous breakdown is the belief that one's work is terribly important, and that to take a holiday would bring all kinds of disaster. If I were a medical man, I should prescribe a holiday to any patient who considered his work important. The nervous breakdown which appears to be produced by the work is, in fact, in every case that I have ever known of personally, produced by some emotional trouble from which the patient attempts to escape by means of his work. He is loath to give up his work because, if he does so, he will no longer have anything to distract him from the thoughts of his misfortune, whatever it may be. Of course, the trouble may be fear of bankruptcy, and in that case his work is directly connected with his worry, but even then worry is likely to lead him to work so long that his judgement becomes clouded and bankruptcy comes sooner than if he worked less. In every case it is the emotional trouble, not the work, that causes the breakdown.

Help Bernard, what are we supposed to do? We are apparently using the wrong technique. Our brains generate thoughts to get ourselves "to safety." Away from our fears. Whereas sometimes it is better to stay with the trouble for a while.

Worry is a form of fear, and all forms of fear produce fatigue. A man who has learnt not to feel fear will find the fatigue of daily life enormously diminished. Now fear, in its most harmful form, arises where there is some danger which we are unwilling to face. At odd moments horrible thoughts dart into our minds; what they are depends upon the person, but almost everybody had some kind of lurking fear. With one man it is cancer, with another financial ruin, with a third the discovery of some disgraceful secret, a fourth is tormented by jealous suspicions, a fifth is haunted at night by the thought that perhaps the tales of hell-fire told him when he was young may be true. Probably all these people employ the wrong technique for dealing with their fear; whenever it comes into their mind, they try to think of something else; they distract their thoughts with amusement or work, or what not. Now every kind of fears grows worse by not being looked at. The effort of turning away one's thoughts is a tribute to the horribleness of the spectre from which one is averting one's gaze; the proper course with every kind of fear is to think about it rationally and calmly, but with great concentration, until it has become completely familiar. In the end familiarity will blunt its terrors; the whole subject will become boring, and our thoughts will turn away from it, not, as formerly, by an effort of will, but through mere lack of interest in the topic. When you find yourself inclined to brood on anything, no matter what, the best plan always is to think about it even more than you naturally would, until at last its morbid fascination is worn off.

We could conveniently summarise this as the good advice "Stay with the trouble!".